Verismo (from Italian verità, meaning "truth") was a post-Romantic operatic tradition associated with Italian composers such as Pietro Mascagni, Ruggiero Leoncavallo, Umberto Giordano and Giacomo Puccini. They sought to bring the realism and naturalism of influential late 19th-century writers such as Emile Zola (Germinal), Guy de Maupassant and Henrik Ibsen into opera. The movement began in 1890 with the first performance of Mascagni's Cavalleria rusticana, peaked in the early 1900s, and lingered into the 1920s.

The term originated with the Italian literary movement which had its roots in the so-called Scapigliatura ("disheveled") movement of the 1860s and  of which Giovanni Verga and Luigi Capuana were the main exponents. Veristi (writers, poets, playwrights) were particularly interested in new subject matters that reflected the life in lower classes, life in southern regions of Italy, local customs, and regional language and idioms. Veristic plays were called scene populari and served as the basis for many of the verismo operas to come. Ultimately, however, the operas coined as 'verismo operas' had little in common with the verismo literature.

The two most famous examples of Verismo in Italian opera are Mascagni's Cavalleria Rusticana (1890) and Leoncavallo's I Pagliacci. Cavalleria Rusticana is based on a short story by Verga set in a mountain village in Sicily, portraying peasant workers, carriers, and local people, retribution and murder, while Pagliacci recounts the tragedy of a jealous husband in a commedia dell'arte troupe. "Vesti la giubba" the most famous aria of the opera Pagliacci was recorded in 1907 by Enrico Caruso and laid claim to being the world's first record to sell a million copies.

Definition and Types of Verismo

Even though Cavalleria Rusticana and Leoncavallo's I Pagliacci, affectionately called 'Cav' and 'Pag', are generally considered the flesh and bones of verismo (Cav), and its soul (Pag), there is no real consensus over the exact definition of verismo in Italian opera or how far it stretches when considering contemporary composers and works.

In its broadest sense the term may refer to all fin de siècle opera themes that were highly passionate, sensational and often sordid. In it strictest sense the term is sometimes used synomously with plebian opera.

In his Teatro Italiano del Novecento Pullini distinguishes between two different types of verismo: the popular, region-based, lyrical and choral naturalism of Cavalleria, portraying poverty, passion and brutality, and the bourgeois naturalism of Tristi Amore, with Verga, Giacosa, Bracc, Capuana, Rovetta, Praga and others. Following Pullini's definition the idea is that if the realism theme prevails verismo opera may be laid in any period or setting. That explains why some consider operas such as Madame Butterfly, which depicts a very different, and at first sight glamorous, setting and situation, as veristic as well, as it is set in the comtemporary world and deals with the disreputable attitude of an American sailor toward his Japanese bride, undercutting the superficially "exotic" world that it inhabits, and ending with a geisha girl, the epitome of glamor, committing suicide on stage.

Whichever the definition, however, italian verismo had its own distinctive characteristics that set it apart from mainstream European naturalism.

The most peculiar aspect of a true verismo opera were the melodramatic, often violent plots, realistically depicting the murderous result of sexual jealousy. It rejected the historical and mythological subjects traditionally asssociated with opera. So, instead of staging the actions and passions of noble characters as in traditional opera, verismo opera portrayed the life of contemporary common souls, with a tendency to mix the sordid with the sensational. The heroes of the veristic composers were rural folk, poor city dwellers, and representatives of bohemianism. The social motifs characteristic of the literature of verismo, which were based on  the critical realism of French and Russian literature, and the ideas of the Italian socialist movement, were seldom developed in these operas.

With regard to music, the verists were influenced both by Wagner and by French opera (Massenet). Musical devices included passionate declamation by solo voices, emotionally charged harmonies and melodies, dissonance, hugeness and other musical devices which underscored the emotionality and would tittilate the then jaded audience. In this sense one could say that the veristic opera was the forerunner of television and cinematic shock drama. The "realistic" approach of veristic music also lies in the fact that the score of a Verismo opera is for the most part continuous and is not divided into separate "numbers" in the score, which can be excised easily and performed in concert excerpts (as is the case with the operatic genres that preceded Verismo). This is not always true, however - Cavalleria rusticana, Pagliacci, Tosca, and other verismo operas have arias, duets and choruses that are constantly excerpted in recitals. By contrast, Turandot (left incomplete at Puccini's death) marks a return to a 'numbers' style.


Influence of Wagner on Verismo

Wagner's influence on Verismo is obvious. Act One of Die Walküre and Act Three of Siegfried contain the seeds of many future Verismo fragments and melodies.

The veristic composers would apply many of Wagner's musico-dramatic innovations and transformations. However, some claim that there is a fundamental difference in the use of the orchestra between Wagner and Verismo: in Wagner, the orchestra needs not necessarily follow what the singers are presenting in emotion or even content (for instance, when the main character of Siegfried (Act 2) wonders who his parents are, a leitmotiv reminds us that we have already met them in the previous opera - a perception outside Siegfried's awareness which enhances our wider view of the plot).

Though Bizet's Carmen (1875) was the first gutsy slice-of-life opera, true Verismo came to the fore 15 years later in Italy, with the historic premiere (1890) of Pietro Mascagni's Cavalleria rusticana. Carmen is essentially an archetypical Verismo opera: instead of kings and countesses the libretto features bullfighters, soldiers, factory workers and prostitutes embroiled in violent passions and a murder borne of jealous rage. But its music is far more elegant - and traditional - than the constant, razor-sharp emotionalism of versimo opera (although, not coincidentally, the Italian publisher of Carmen was none other than Edoardo Sonzogno).

Although Giacomo Puccini is generally accepted as the greatest Verismo composer, this claim is disputed by certain musicologists in Italy who place him outside the Verismo school. Other critics consider Puccini to have had merely a partial Verismo involvement. The most accepted modern-day view is that at least a few of his operas (Tosca, 1900) are classifiable as verist: set in Italy, it portrays a political prisoner, a painter, and a singer, heartessly tricked by the chief of police. Note, however, that only one of Puccini's operas, the first third of Il Trittico, Il tabarro, dramatically agrees with the true verismo format. However, when the term verismo is used more loosely to describe opera that portrays "everyday" characters one could postulate that Puccini's most perfect "realistic" opera is La Bohème. La Bohème (1896) depicts four impoverished artists living and working in a sordid garret in Paris, and an equally poverty-stricken young girl who does embroidery for a living. (These lives are, however, romanticised in a way that is foreign to authentic verismo).

A revival of interest in opera of Italian verism can be found worldwide nowadays. 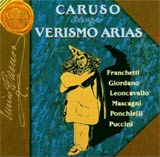 The Autumn of Italian Opera:
From Verismo to Modernism, 1890-1915
by Alan Mallach
More information